Postscript to PS, I Love You - HarperCollins announces Cecelia Ahern sequel to the multi-million-copy blockbuster

HarperCollins are delighted to announce the publication of Postscript by Cecelia Ahern, the much longed-for sequel to the international bestseller PS, I Love You, on 19th September 2019.

Publishing Director Lynne Drew first acquired Cecelia Ahern in 2003. Her first novel, PS, I Love You, went on to become a huge #1 bestseller in Ireland and the UK and was picked for the inaugural Richard and Judy Book Club, as well as becoming a New York Times bestseller. It was made into a major film starring Hilary Swank and Gerard Butler.

From that phenomenal launch, Ahern has gone on to become one of HarperCollins’ biggest authors.  Since the publication of PS, I Love You in 2004, she has written 13 bestselling novels, two Young Adult novels and, most recently, a critically acclaimed collection of short stories, Roar. Combined, her titles have sold more than 25 million copies worldwide in nearly 50 countries.

Ahern has won numerous awards,including the Irish Book Award for Popular Fiction and two Nielsen Platinum Bestseller Awards for PS, I Love You.Her media portfolio includes BBC Radio 2 – including two appearances on their eponymous book club, Radio 4 – Front Row, ITV, BBC and Sky News, along with widespread critical acclaim for her work. Two of her books have been adapted for film, and she has co-created several television shows in the US and Germany. Roar is now in development by Nicole Kidman and Per Saari’s Blossom Films, Bruna Papandrea’s Made Up Stories and Theresa Park’s Per Capita Productions, along with Ahern’s own Greenlight Go Productions label.

Cecelia Ahern says: "I’m very excited to share the news that I’ve written the sequel to PS, I Love You. It’s been fifteen years since I wrote my debut novel and I relished the challenge of revisiting the world of Holly seven years after her husband’s death.
A deeply emotional project for me, Postscript is the PS to my PS and while it is a sequel, it is also a story that stands alone about living a purposeful life in the face of illness, grief and loss. I hope that new readers and PS, I Love You fans alike will embrace Holly’s new journey."

Lynne Drew says: ‘Working with Cecelia has been a joy from the very start – even as a 21-year-old she had her own,extraordinary, original voice and her own distinct creative vision, which is why she has connected so strongly with readers everywhere. It was unforgettable to watch the story of Holly and Gerry capture millions of hearts on page and screen, and to see a young writer take the world by storm, and I know that this thoughtful, deeply emotional sequel will capture hearts all over again. I can’t wait for people to discover Postscript.

Charlie Redmayne, HarperCollins CEO says: ‘We are proud at Harper Collins to have been Cecelia’s publisher since the beginning of her writing career. She burst onto the scene with her exceptional first novel, PS, I Love You and has proved what a brilliant writer she is time and again. We are thrilled to be publishing the sequel to her 1m-selling debut,and to sharing Postscript with her legion of fans’.

When Holly Kennedy is approached by a group calling themselves the PS, I Love You Club, her safe existence is turned on its head. Inspired by hearing about her late husband Gerry’s letters, the club wants Holly to help them with their own parting messages for their loved ones to discover after they’re gone. Holly is sure of one thing – no way is she being dragged back to the grief she has left behind. It’s taken seven years to reinvent herself, and she’s ready to move on with her life. But Holly comes to realize that when you love someone, there’s always one more thing to say…

Postscript will be published in hardback, trade paperback, eBook and audio by HarperCollins on 19th September 2019.

Grand Central Publishing will publish in the United States.

Cecelia Ahern is represented by Theresa Park at Park & Fine Literary and Media in New York, and Howie Sanders at Anonymous Content for TV and film.

Pre-order your copy of Postscript today! 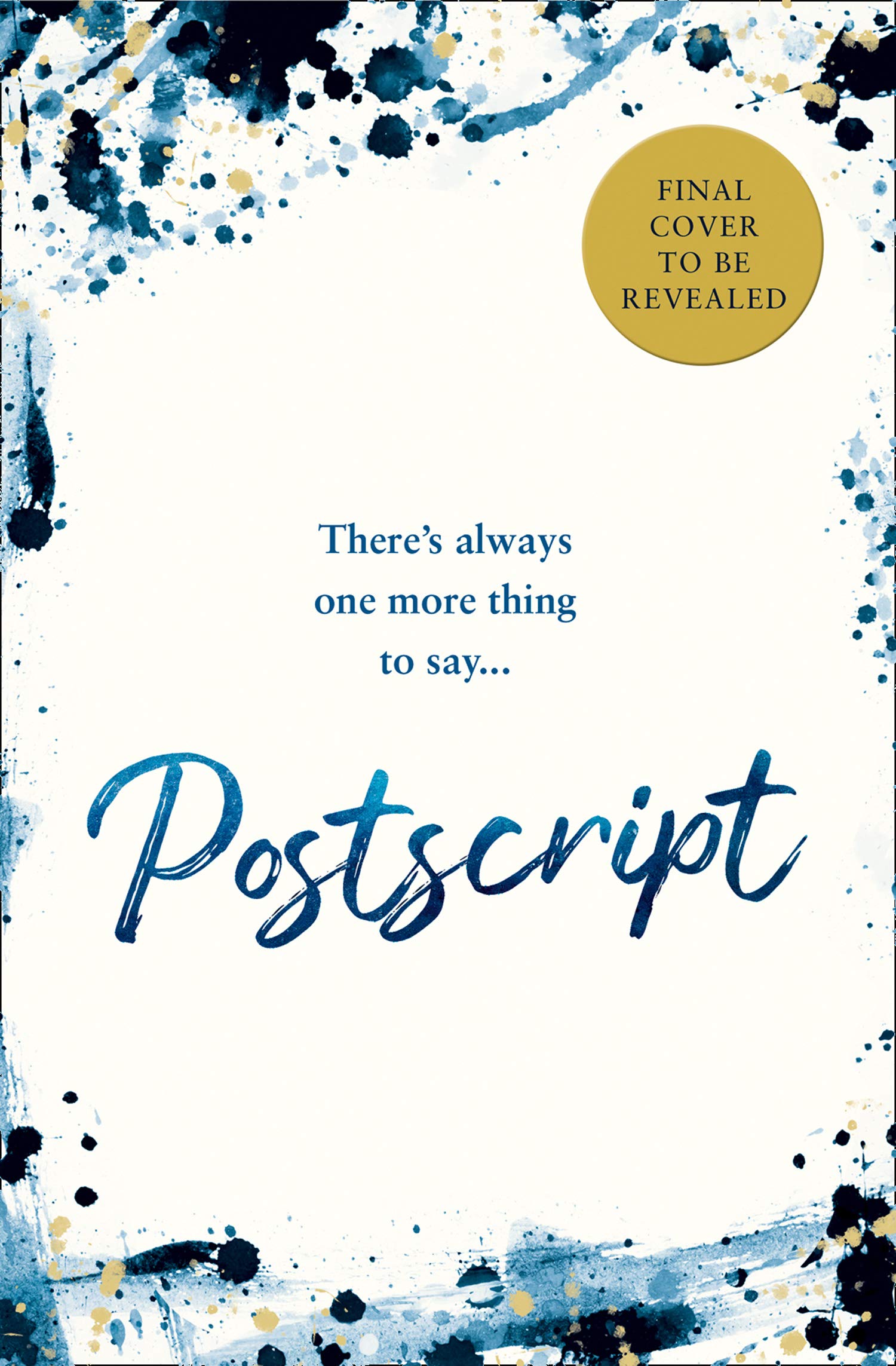