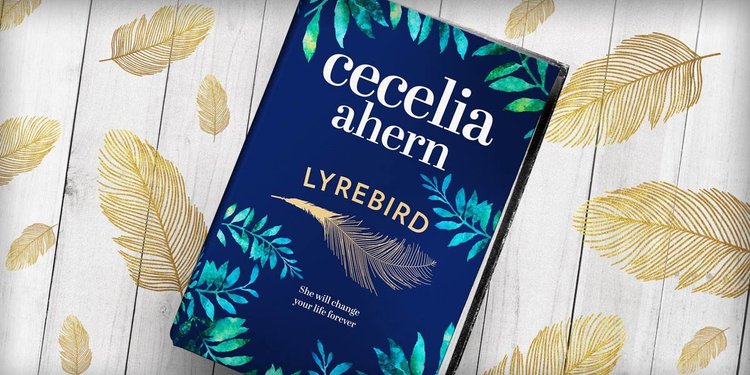 “One of the most beautiful and rare and probably the most intelligent of all the world’s creatures is that incomparable artist, the Lyrebird,” writes Ambrose Pratt in The Lore of the Lyrebird, his key text on the mimicking bird of the species Menura. A ground-dwelling bird native to Australia, the Lyrebird is known for its unique ability to reproduce sounds. Cecelia Ahern uses excerpts from Pratt’s book to structure her latest novel, which sees a documentary crew stumble upon a young woman with similar talents. What to do with this precious discovery, they wonder. Hide her away for their own pleasure or share her with the world?

Lyrebird is Ahern’s 14th novel in as many years. Since her debut P.S. I Love You was published, in 2004, she has led the market for romantic popular fiction, both in Ireland and abroad. Lyrebird will easily satisfy her fans, who will expect the development of an unlikely love affair and a traditional happy ending. What they may not expect is a meditation on the world through sound. Between the factual framing device of Pratt’s book and the development of two characters who connect on a sonic, as well as an emotional plane, Ahern manages to turn a generic storyline into a much more sophisticated narrative, albeit one that refuses to transgress the boundaries of romantic cliche.

As the novel opens, the film-making trio behind Mouth to Mouth productions are returning to the wilds of west Cork for a funeral. Tom Toolin, one of the twin brothers who featured in their debut documentary, has died. They want to pay their respects to the surviving brother, Joe, but director Bo is also keen to keep the camera rolling: who knows how Joe will cope with the loss of his twin, his sole companion for the past 40 years? Solomon, the soundman, who is also Bo’s boyfriend, thinks her approach is a bit crass but he pitches in anyway. “Sometimes the world needs people like Bo to push the boundaries,” he observes. It is how great art is made.

It is Solomon who first encounters Laura – “a mythical creature” with white-blond hair and green eyes – hiding in the forest at the far reaches of the Toolin farm. When she opens her mouth, a stream of noises issue forth: the whirring of machines, the crackle of leaves, the distinct sound of Solomon clearing his throat nervously. It is Solomon who calls her Lyrebird, and it is Solomon who Laura clings to as she is forced to confront her past and her uncertain future. For Laura “is built entirely on secrets: created on one, born on one, reared on one, exists on one”. With Solomon’s help, Bo convinces Laura to allow them to make a documentary about her life.

Despite Laura’s extraordinary abilities, the narrative is more rooted in the real world than many of Ahern’s books, which frequently flirt with an otherworldly dimension. In P.S. I Love You a dead man speaks to his wife from beyond the grave. In If You Could See Me Now a love affair transcends the boundaries of reality when a woman meets her son’s imaginary friend. In A Place Called Here a private investigator ends up in a parallel universe where all missing things are found. In Lyrebird, however, Ahern contents herself with examining contemporary culture through the eyes of someone who has been sheltered from it for her entire life. When Bo compromises the integrity of the documentary for a bit of advance publicity, Laura is dragged into the spotlight, and the description of reality TV show StarrQuest, its host Jack Starr, and the celebrity-baiting media is a tabloid dream.

Some of the romantic elements of the novel are less convincing. As Solomon – “The arbitrator. The counsellor. The peacekeeper” – draws closer to Laura, his relationship with Bo begins to falter. He questions Bo’s motives, yes, but he also feels a deeper connection to Laura. As a soundman, his job is to capture the environment he moves through with his recording device, but Laura, he marvels, lets “people hear people and the world exactly as it is. No filters. And in this world, anything untouched and raw is a fucking rarity.” Ahern builds up the idea of their bond as a meeting of souls, but her insistence on reminding us of its inevitable consummation jars with the poetry of their emotional connection: it is impossible not to measure the clichés of physical desire against their higher intentions. And would Bo really be so accommodating to Solomon and Laura’s new relationship if she knew that they were merely dying to get into bed with each other?

Lyrebird will do nothing to convince literary snobs that popular fiction is worth greater attention, but it does showcase the genre at its best. It is immersive, escapist, easy to read, and satisfying in its fulfilment of romantic criteria. Ambrose Pratt perhaps says it best: “When we draw together all the threads available to us to approach an understanding of the Lyrebird, we are imperiously compelled to enter the misty realm where intelligence separates from instinct and merges into form.”